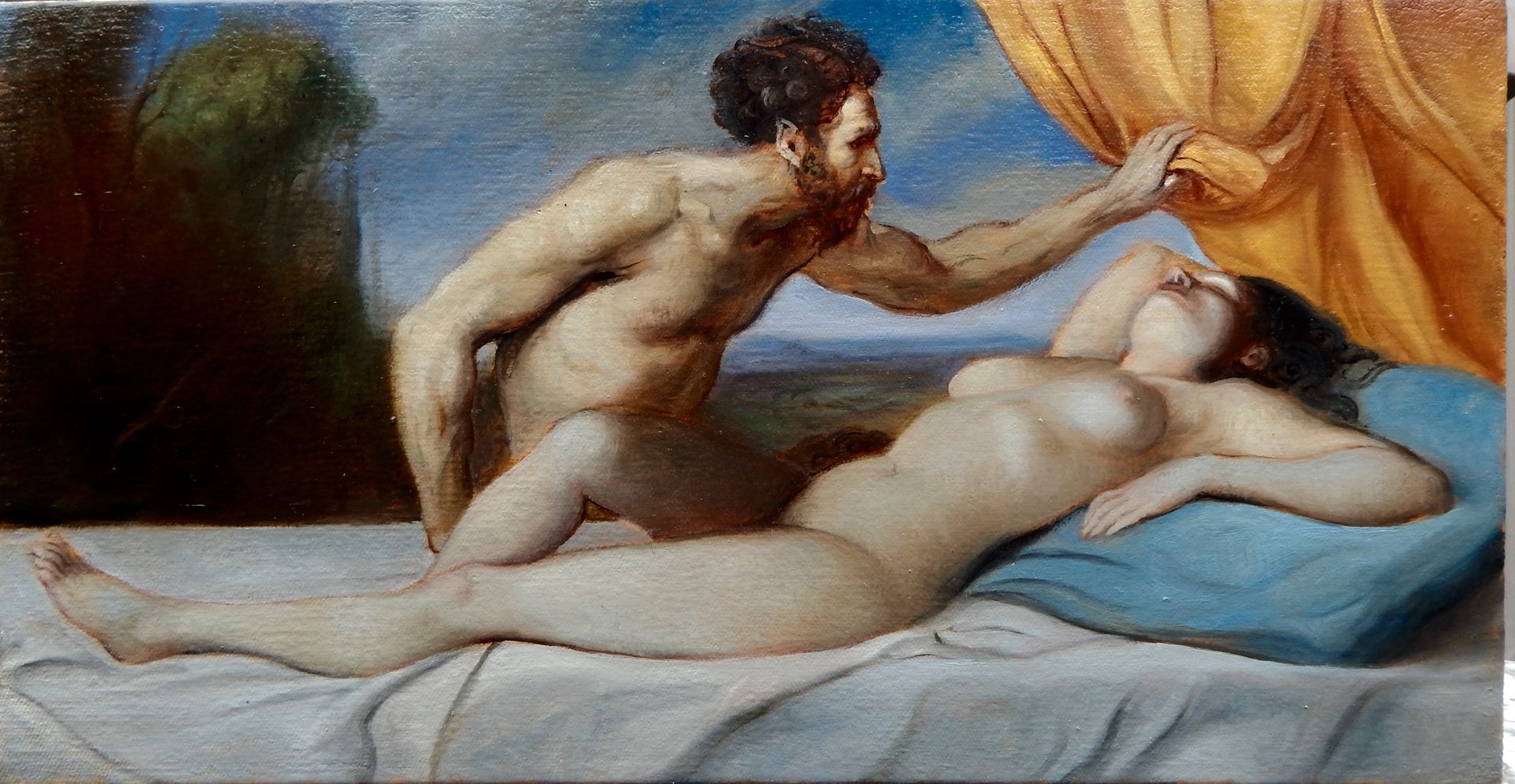 Giovanni Tommasi Ferroni (1967, Rome) descended from an artistic Tuscan family. His grandfather, father, sister and uncle are all talented painters and sculptors and so he carries on the tradition of a family of artists that goes back many generations. As a little boy, he regularly hung about in the studio of his father, Riccardo Tommasi Ferroni, where he playfully learned how to paint. During the summer holidays his uncle, Marcello from Pietrasanta, taught him the art of drawing. As a result of this, he made his first painting at the age of sixteen. His career as a painter developed quickly after he finished high school in 1986 and started to work in his father’s studio. At that same time he studied Art History and Literature at the University of Rome ‘La Sapienza’; both still are a source of great inspiration in his paintings today. Ferroni, similarly to his ancestors, was educated in the classical, baroque tradition.
His paintings represent a world full of fantasy: monumental buildings, mythological or historical figures and events form the crucial subject matter in his work. While Ferroni's style and choice of subjects is influenced by the style of his ancestors, contemporary icons intrigue him as well, and so he adds modern elements to his very classical worlds. A synthesis that sometimes results in a slightly ironic, but always fantastic atmosphere. The contrast in his work, between image and time (anachronism), results in a magical realistic style.