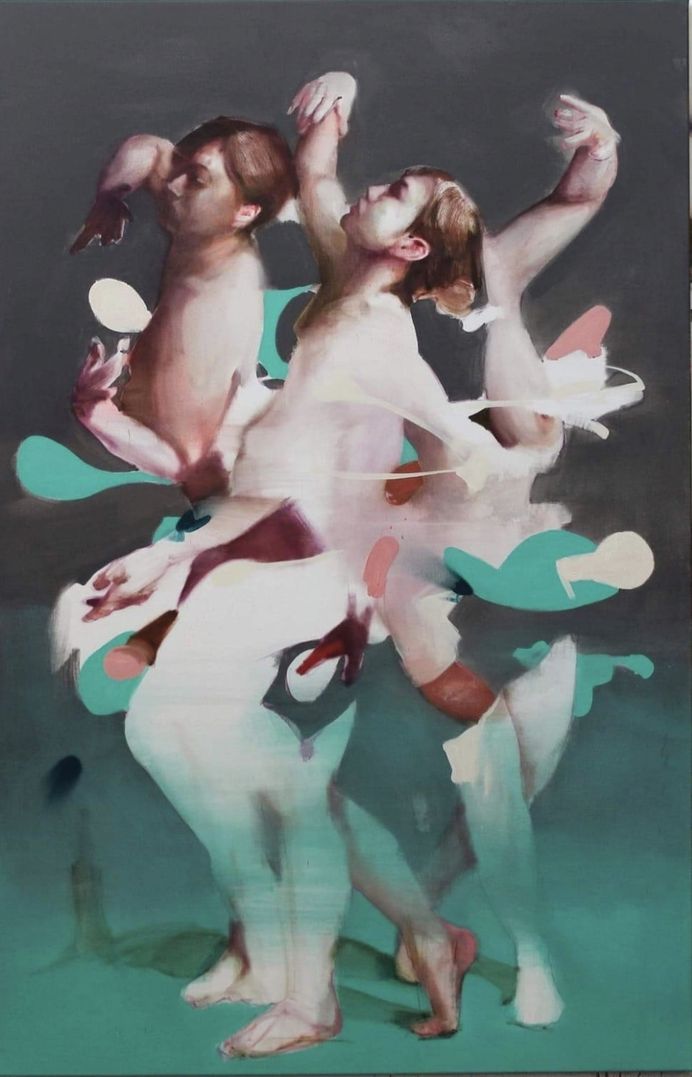 Nikolas Antoniou was born in Larnaca, Cyprus. In 2012 he graduated in fine arts at the University of Western Macedonia, Greece. He started drawing at a young age and wanted to become an architect like his cousin. But he soon discovered that he didn't like mathematical calculations. During a study trip to Hungary he came into contact with art almost by accident. He had difficulty with the Hungarian language and started taking private art lessons. His passion for art quickly developed there.

Antoniou's paintings do not arise from a specific idea or theme. Instead, he consciously avoids focusing on specific questions or answers and instead creates new images that generate unknown questions. So without much thought and limitations and completely free, he paints vague spaces and objects that may seem out of place due to both time and dimension. Items that do not fit together and figures that seem lost in an intense picturesque environment, but ultimately coexist and interact. The human body has been a fixed subject for years and the source of inspiration for his paintings. The figures in his works express feelings of movement and are clearly inspired by contemporary dancers who express emotions through dance.

Antoniou’s style is unique. Although the human figures are often recurring subjects, each painting evokes different emotions in the viewer. The artist says about this: ‘One of my teachers always said that art is the space between the viewer and the painting. So that's where my art lies.’

The artist lives and works in Cyprus.