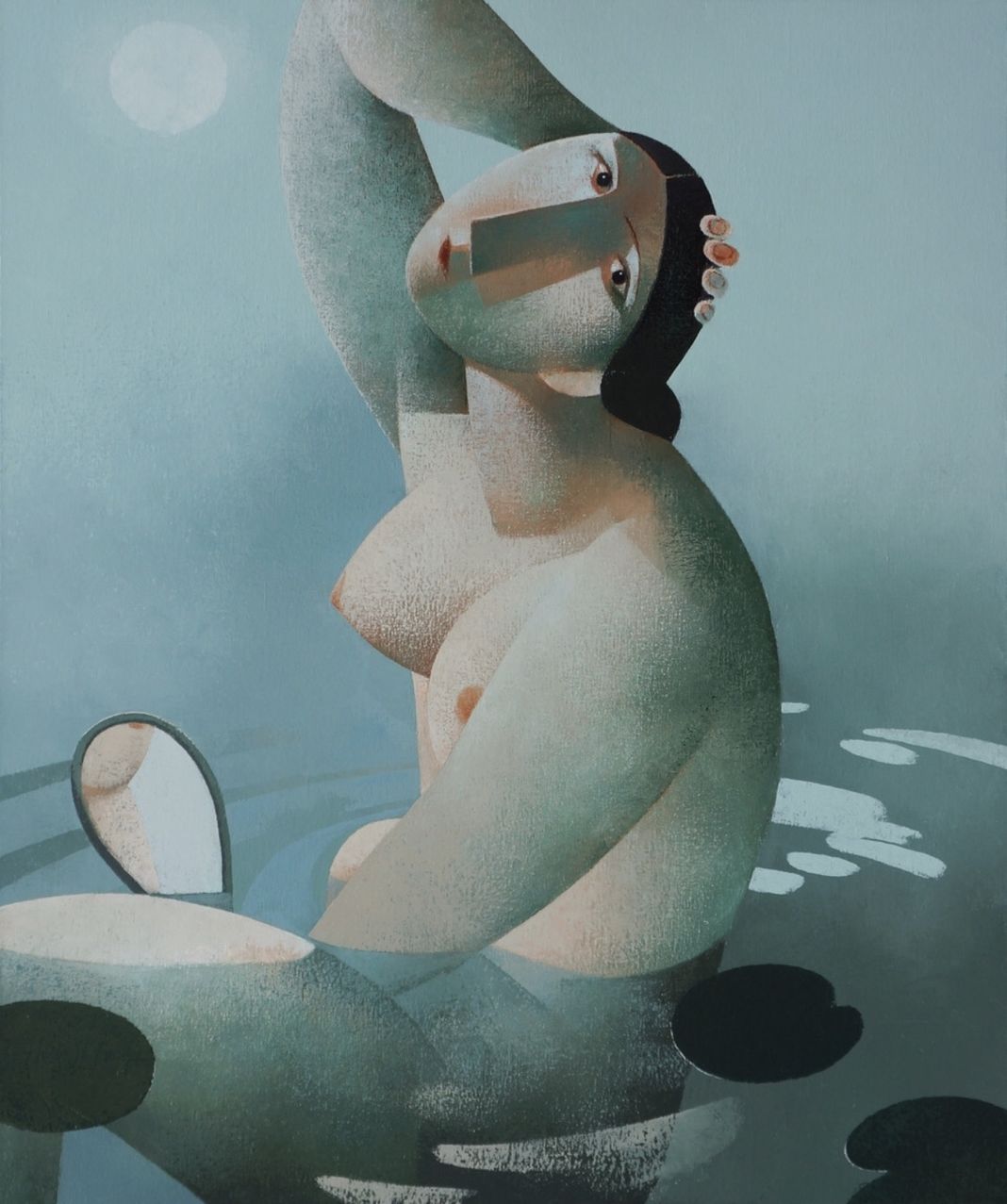 Peter Harskamp was born March 28th 1951 in The Hague, Holland. He went to the Academy of Fine Arts in Rotterdam from 1968 till 1973, where he, beside his study in graphical techniques, came in contact with ceramics and sculpture. His first solo exhibition was held in 1975 and since then he has worked as an independent painter and sculptor.
Painting and sculpture have always varied and inspired each other.

His work has been shown throughout the years on even so many exhibitions in renowned galleries and art fairs in The Netherlands, France, Germany, Switzerland, USA and Taiwan. His works are included in (private) collections around the world.
In 2005 a book about his work was published titled "Peter Harskamp and the curbing of the time". Up until today, his sculpture and his paintings kept on inspiring one another.

Description of the work

Despite the difference in disciplines between oil paintings and sculpture in bronze, there are very well points of contact in the work of Peter Harskamp. A clear perceptible tension and a consequently, carried through stylization. Beside that, his work has an intense expressive character. In the oil paintings, the subjects are put down in lines, somewhat out of reality and worked out with a rich use of color. The paintings as the sculptures show a similar apparent nonchalant transformation of the reality, with surprising effects and sometimes with humor. He achieves a synthesis between his two dimensional work and his sculpture. Painter/Sculptor Peter Harskamp recreates mankind into monumental beings that concern themselves in their daily doings, whether or not in the company of an animal or object. Activities, in which modern man allows himself only to a limited extent, but which are the main activities in Peter Harskamp's universe. His human figures are basically invulnerable, because they do not aim at anything. After all, in their disarming naivety, they need not to defend themselves. Thus, the artist creates a type of man that - if it existed - would give the world an entirely new appearance.
He paints in a stylized realism, with the characters and their surroundings purified from inessentials.
The work radiates beauty, balance, peace and tenderness.