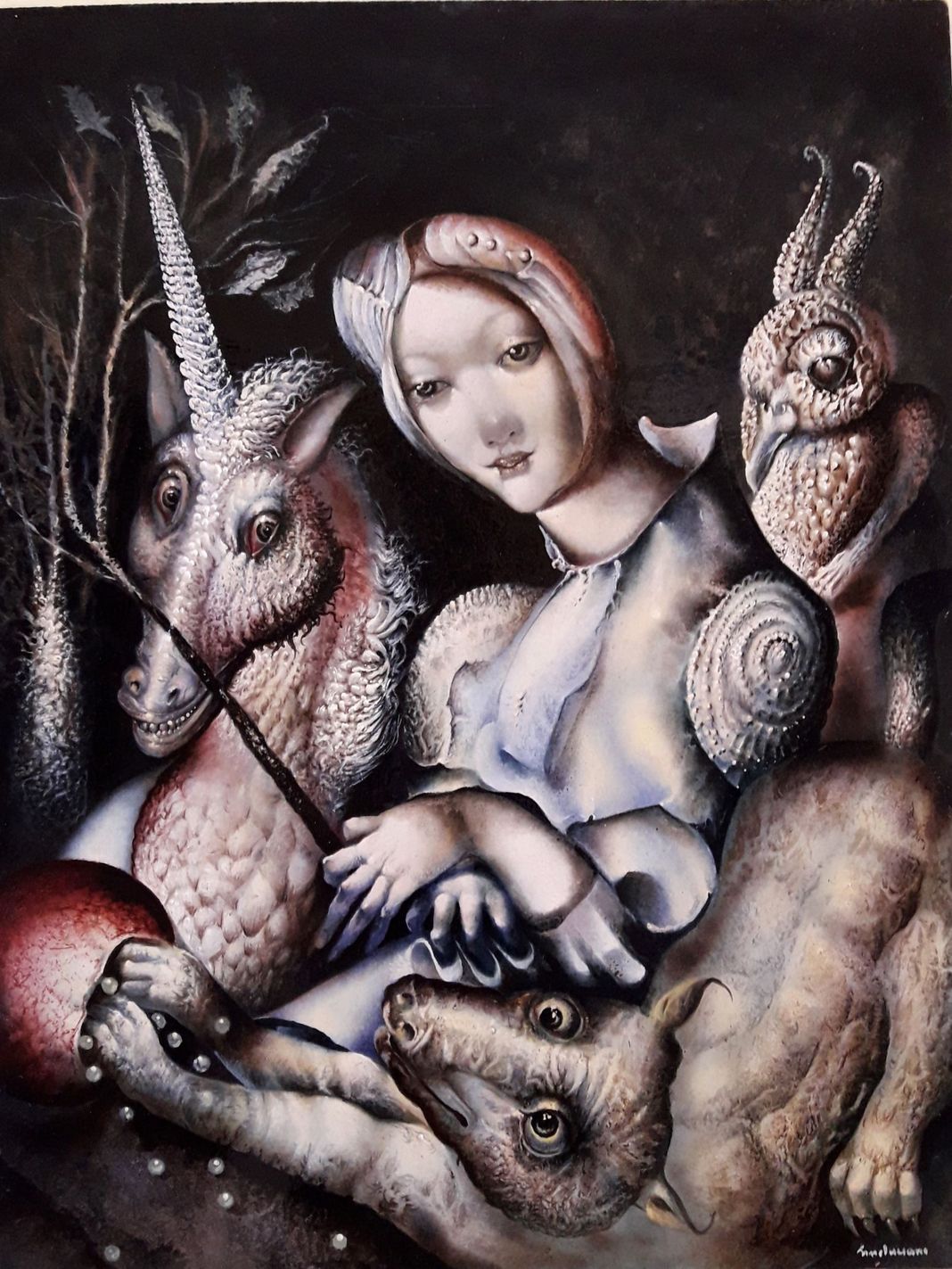 Tino Luciano (1953, Sardinië) Like most artists, Luciano started painting at an early age. His paintings can be considered as imaginary figuration. His work is inspired by the European Renaissance which is visible in the faces of his figures, their postures and clothing. Sometimes he refers to the Antiquity or unknown worlds from other times. In fact they are allegoric images. Luciano doesn't work from a fundamental basicidea. His paintings come into being during the process of painting. This makes his work very fascinating because it allows him to be free to paint his subconscious instincts and emotions. Hereby he creates a poetic atmosphere, with a positive vibe. The colours he uses, are reflecting the light. Like an inner glow, it seems the painting is radiating. His work breathes an atmosphere of a paradise from another world. People and animals living together peacefully, flying, making music, or just enjoying the field together. It reminds you of a beautiful play. The various aspects with which Luciano builds his paintings have multiple meanings. There is no means in trying to explain every detail of the works. Luciano's subconscious work method requests a similar way of approaching the finished painting. Viewers will enjoy his work when they have an open mind and let their imagination work on its own.