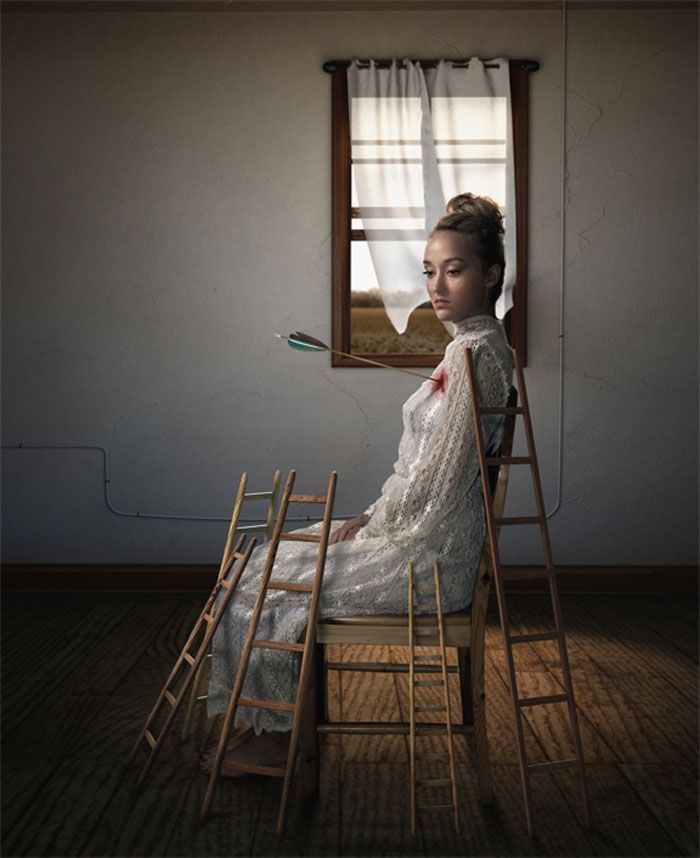 Jamie Baldridge (1975) received education in Theology, Creative Writing and Photography at Louisiana State University. Inspired by books he found in his grandmother's attic like 101 Fairy Tales, Baldridge decided to write his own story, which resulted in his own masterpiece titled 'The Everywhere Chronicles. A Journey to Imagination, an Exercise in the 'What If'. This is a book based on the imaginary diary of a man called Mr.Hogsmeath and is situated in the late nineteenth century. It describes the discovery of a bizarre city called Everywhere. Baldridge makes his photographs to illustrate this story and is still expanding his own universe. His technique is sublime, with the use several negatives, the computer programme Photoshop and even more advanced technology, which was also used by the makers of The Lord of the Rings. Baldridge is inspired by photographers like Duane Michels and Joel Witkin, and by painters like Jan van Eyck, Magritte, Peter Brueghel the Elder, Jeroen Bosch and Rembrandt. His work is part of collections from amongst others the Ogden Museum of Southern Art, the Rare Books
collections of the Library of Congress, Cornell University, the Sterling and Francine Clark Art Institute, the University of Colorado in Boulder, the Rhode Island Institute of Technology,
McNeese University's Abercrombie Collection and many private collections.