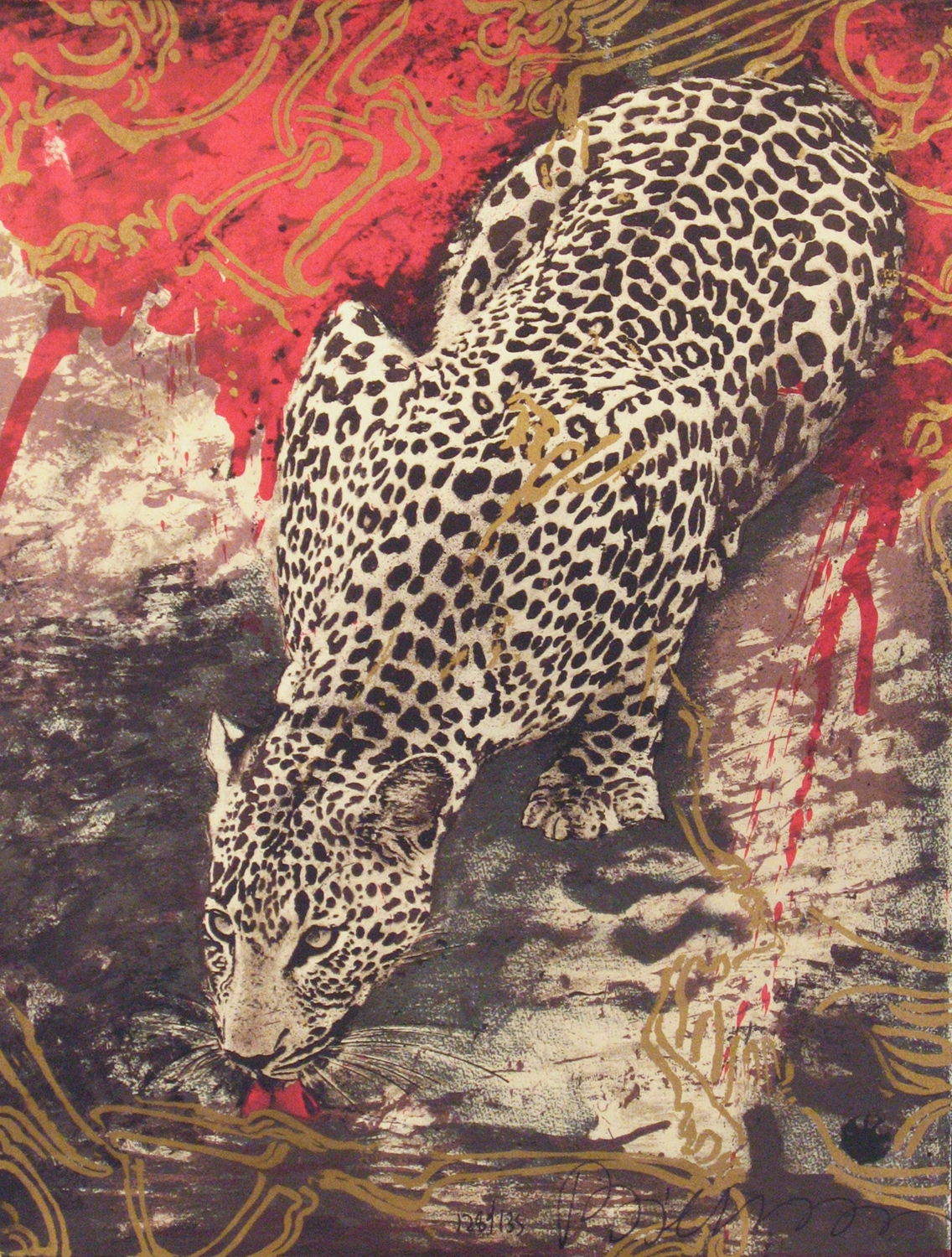 Gerti Bierenbroodspot is a leading Dutch painter, sculptor, writer and poet. She comes from a family of artists and began to draw in the studio of her uncle, Leo Gestel, an important Dutch modernist. Bierenbroodspot uses archaeological worlds as starting points for her paintings, sculpture and wallrubbings, creating a highly personal vision of a modernity grand in theme as well as in manner. Like the painters of the Golden Age, Bierenbroodspot spends three months every year travelling along the magnificent archaeological trails of the Middle East. She has lived and worked among the ruins of the great Caravan Cities of Petra, Palmyra, and Baalbeck. Her most recent work is inspired by her travels to the Neolithic and neo-Hittite sites of southeastern Anatolie: Arslantepe, Nemrut Dagi, and Yesemek.