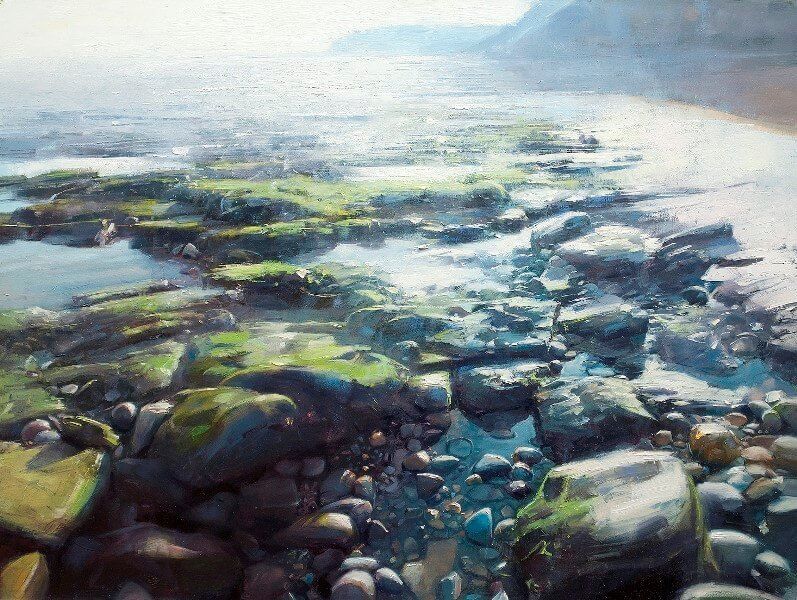 Douglas Gray Born in Harrogate in 1965. He began his professional artistic career in the study of illustration, enjoying significant success over a 20 year period with clients including Saatchi and Saatchi, Warner Brothers and Universal Studios.

Preferring to concentrate on fine art Douglas now specialises in contemporary figurative, cityscape and marine paintings. In 2013 he was elected full member of the Royal Society of Marine Artists (RSMA).

Douglas blends his art with narrative storytelling, capturing the spontaneity of life as it occurs and allowing the viewer to conclude their own personal narrative within the painting.

Douglas has already acquired an impressive array of both solo and group exhibitions. His collectors and recent commissions include The Savoy Hotel in London.

HNC in Graphic design
HND in Illustration and Advertising