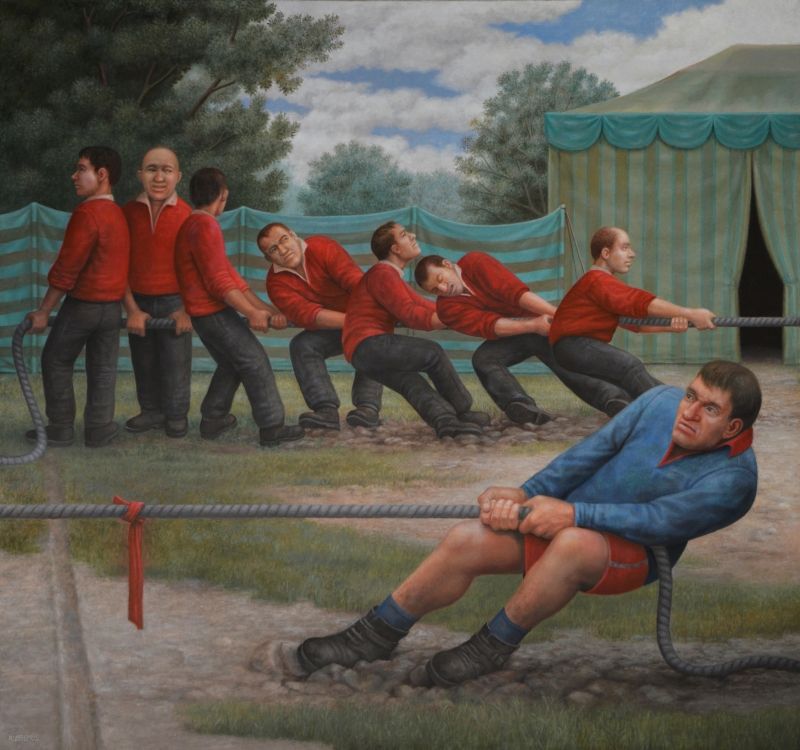 Erik Rijssemus attended the Academy of arts Artibus in Utrecht. Here he graduated as a graphic designer in 1973. He learned to paint in his own time and can be considered an autodidactic painter. He developed a style which can be placed in the magic-realistic tradition. He lifts his paintings above everyday reality by combining the human figure with differend fantastic elements. He adds another dimension to his works by providing them with titles which are word puns. This makes the viewer look at the painting twice as the title always gives another dimension to the painted image. The work by Rijssemus is full of art-historical references. In many instances he trips up Art with a capital “A” in a humorous way. He attacks sacred cows and robs Art of his aureole. he does not repeat, he chooses the paths of the unknown. His fantasy, guts and urge to explore, constantly lead to original themes and surprising elements, full of humour and irony, keeping his personal style