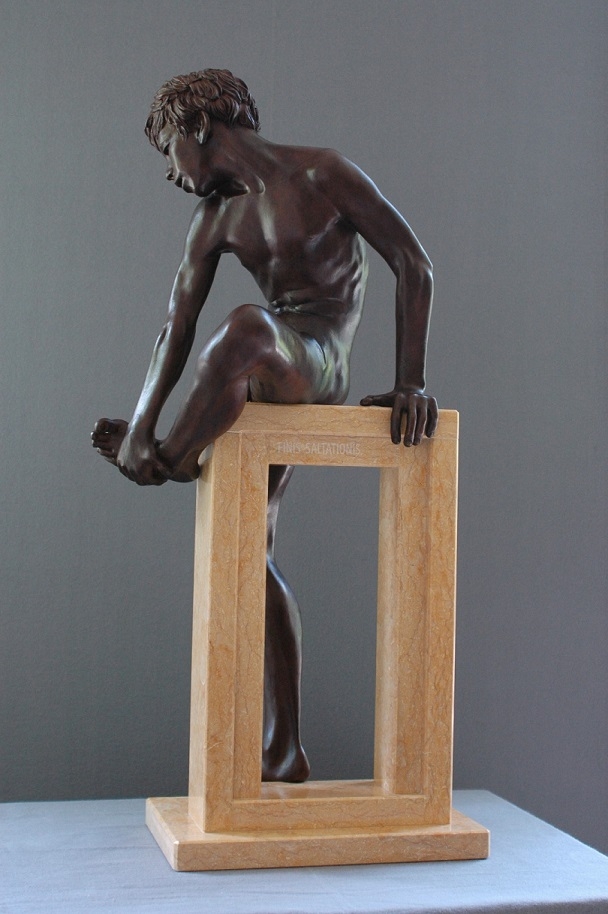 Wim van der Kant (1949, Kampen) is a selftaught artist. Next to his busy profession as a teacher at a high school, he intensively practises his profession as a sculptor. Only when his work would measure up to his own standards, he decided to present it to the rest of the world. In 1995, he exhibited for the first time with Morren Galleries. Van der Kant desires to sculpt young people who still stand uninhibited and curiously in life. The reason he chooses to sculpt boys is, because he is one himself, this way the subject is closer to him. The anatomy of his figures testify of perfectionism. Van der Kant's subjects show similarities with the sculptures from the Greek and Roman antiquity, where youngsters were admired for their vitality and naivety.