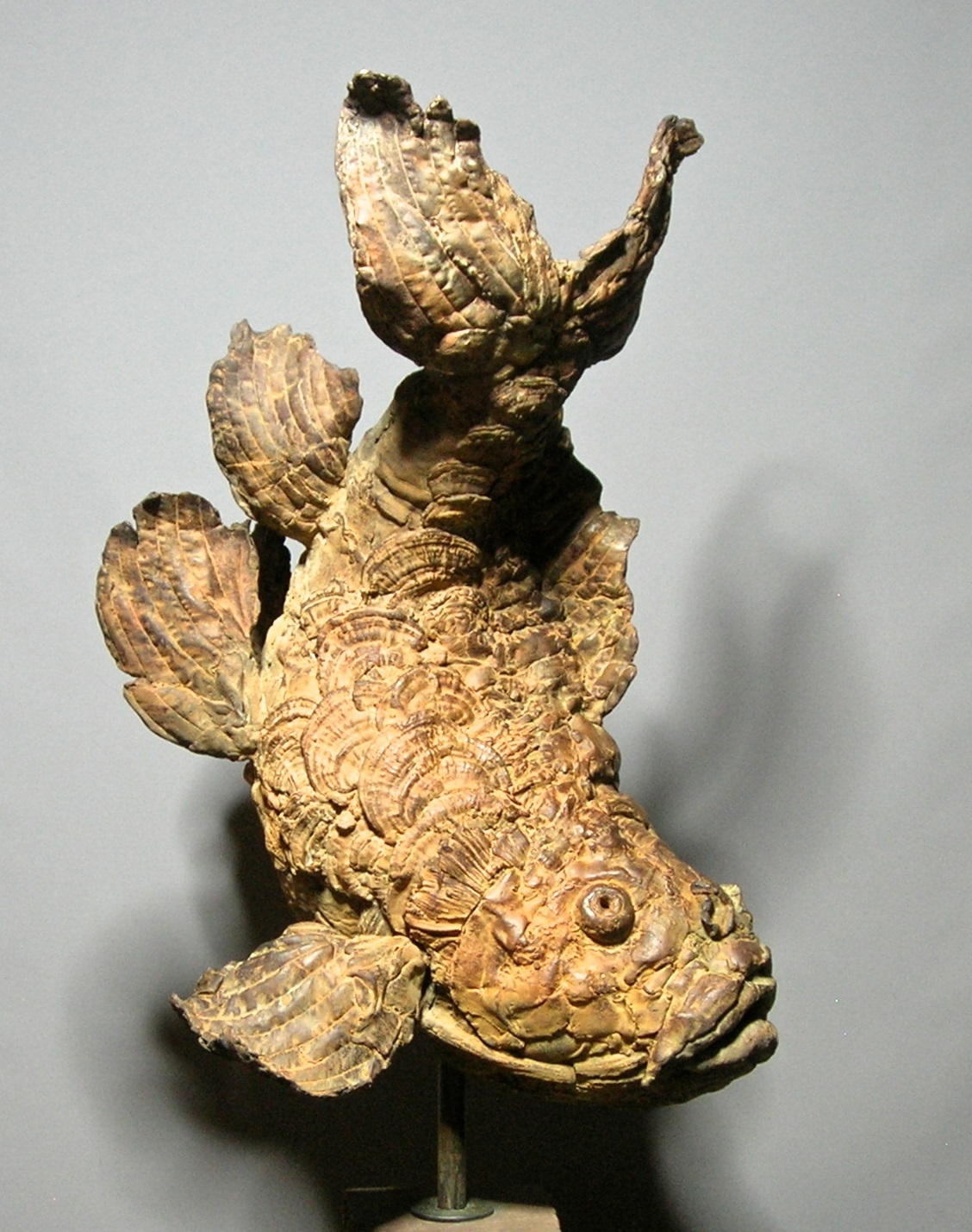 Pieter Vanden Daele was born in Belgium in 1971. He grew up between lakes and the river Scheldt. The river De Scheldt and the variety of lakes are an ideal environment for fishermen. When his friends went fishing, Pieter took painting lessons at the Oudenaarde academy. At a young age Pieter became fascinated by the underwater world and fauna. In 2000 he worked at an art foundation in Oudenaarde, where he learned how to make molds and how to cast and patronize bronze. His passions came together in 2003 and he started casting bronze sculptures of mainly carp.

The fish that he makes have a special texture, a skin with scales translated into bronze. VandenDaele has developed its own technology for this. Pieter builds the original model from organic material, such as leaves, wood, leather, wax and many other materials. He uses various organic materials in his molds to create special prints and structures in the skin of the bronze. This gives the sculptures so much character that names such as Ferox, Alphons and Ludwig do not surprise us.

The fish are alive, caught for eternity. Just as nature keeps prehistoric fish trapped in fossils. Not only the vibrancy of the fish in his images make him a great artist, but also the beautiful patina he uses for his artworks. All his images are limited editions: each design is cast to a maximum of eight times, plus four Epreuves Artistes. His bronze sculptures or different types of fish have been exhibited throughout Europe.