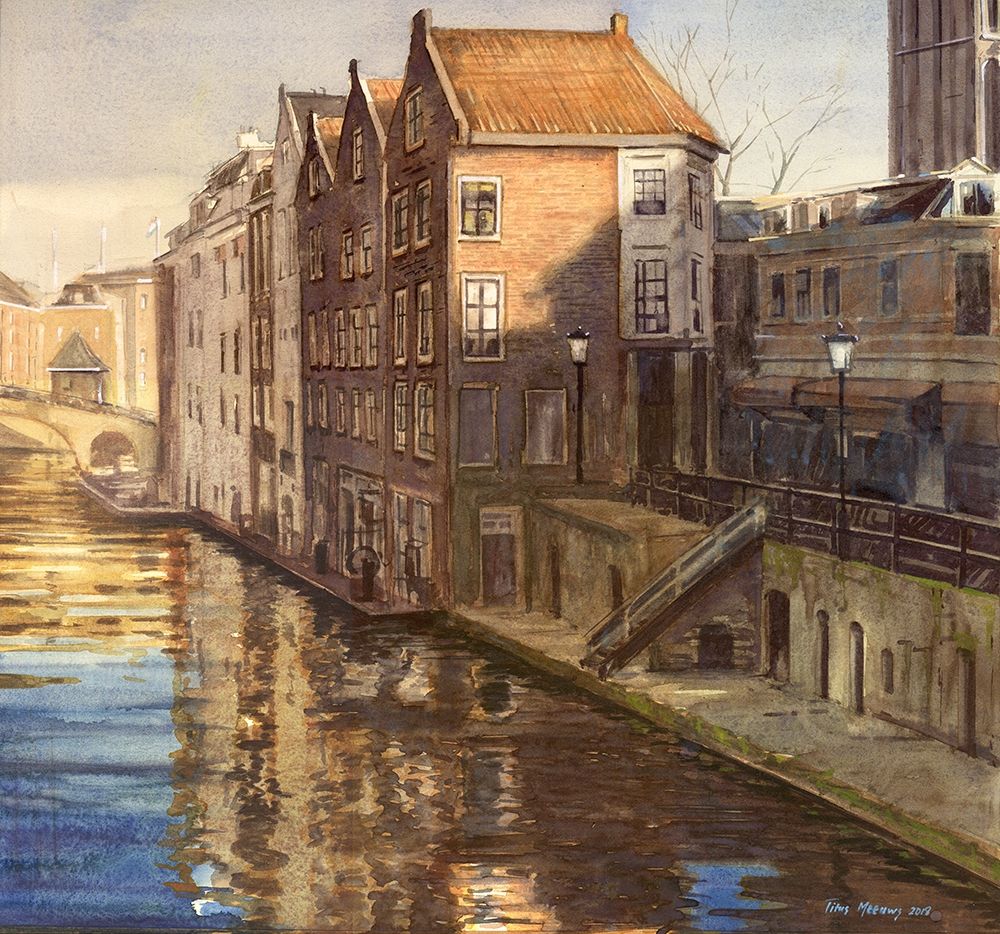 Titus mostly paints on location. Subjects that keep returning in his paintings are cityscapes and landscapes. The love for painting originated in his childhood, after watching the French and Russian Impressionists. The way they could capture movement, light and space, made a enchanting impression on him. That is the way he wanted to approach his subject: First looking for a location and suitable light and the next step, building the painting from light and dark components.

During the first ‘plein air’ sessions, he discovered some practical problems: What to bring? What to do if people talk to me, while I’m working? Won’t the wind blow my easel to the ground? These obstacles drove him back to the atelier, more than once. There nobody would disturb him. But that turned out to be too comfortable. There was the lack of time pressure. The sun never walks away from a sketch or a photo. If it gets too easy, the painting mostly gets boring. He needs the subject to move, to see the reflections of the light. So he had to go outside. Outside he has been surprised time and time again by new subjects. Because of the changing of the seasons, there is the possibility to keep coming back to the same spot.