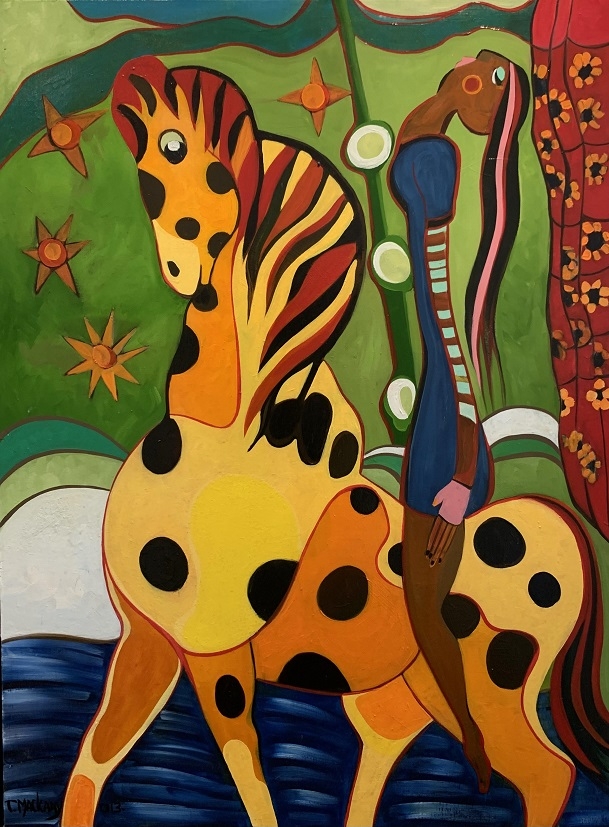 Mackaay works with recognizable shape:: women, men and animals, with a pointer at the primal form. Archetypal motives like warriors, women, horses, archers, lovecouples, created with his own signature. An example of this work is the wellknown ‘Gouden Kalf’, the big prize of the ‘Nederlands Film Festival’, designed in 1980 by Mackaay, commissioned by Jos Stelling, filmdirector and initiator of the festival.

There has been big developments in his work after the calf, but the basic forms are still to be found in his work. The renewal in his work has been a internal fight, between the two sides of his brain. The wild artist animal and the changed, peaceful, contemplative sculptor. The last one won! Not only did he change as a human being, his work changed with him. Big, tough, expressionist bronzes and stone statues whith the woman and animal as favourite subject, changed in touching, intimate bronze sculptures.

In the early work of Mackaay, the masters of the past were more visible, like Marino Marini and Ossip Zadkine. Now it seems, the artist is letting go of the past and found his own form language, after all the highs and lows in his life. His wandering through France, Italy and China brought him to Malaga in Spain, his current residence. Maybe it is the Mediterranean Sea or the Spanish sun, fact remains that Mackaay is closer by himself, like the rough shell dares to show his delicacy.