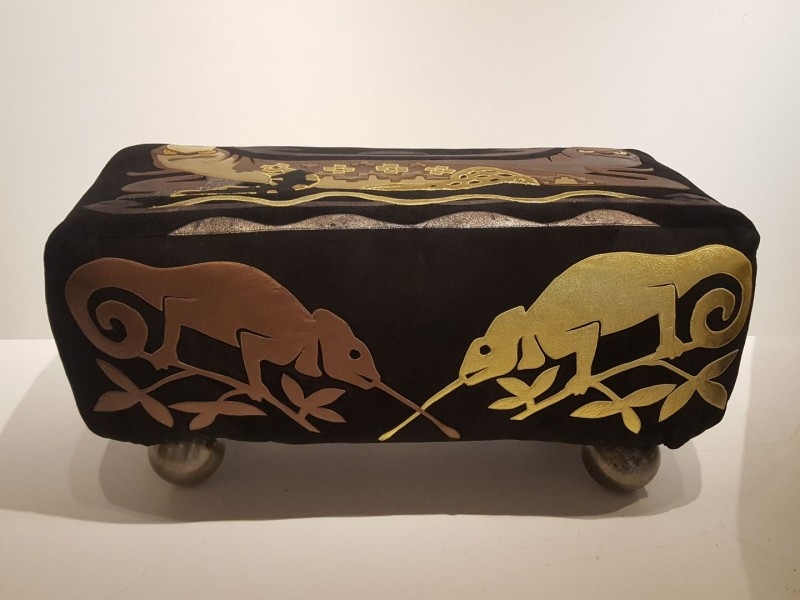 Fong Leng, was born as Carla Maria Fong Leng Tsang (Rotterdam, 1937) and is a
Chinese-Dutch fashion designer.  She opened her first boutique in the Drugstore in Amsterdam, on the Nieuwendijk. She moved to a bigger store in 1971, in the P.C. Hoofstraat and named it Studio Fong Leng and became an attraction for the jetset. She became most famous with her extravagant coats. Fong Lengs best known customer was Mathilde Willink, the ex-wife of the Dutch magic realistic painter Carel Willink.

On the Art Academy in Rotterdam, she studied photography. She shared a photo press company with her then husband Herbert Behrens. They made photos for several Dutch newspapers. In 1968 she started to work as a photographer and a fashion designer for the jersey manufacturer Ross International, in Hoofddorp. Here she discovered her love for fabrics and clothes.

A lot of the times the designs have a figurative image. High-society and extravagant women, like Mathilde Willink and Kate Bush, were wearing the fashion of Fong Leng. The coats got names like ‘Straalmantel, Nijinski, Paradise Bird and Leopard Coat.

Studio Fong Leng also sold designs of other, international, designers, like Zandra Rhodes, Ossie Clark and Alice Pollock. Studio Fong Leng had a new concept: In her shop, she served champagne and hors d’oeuvres. Once a year she organised studio fashion shows, with dancing mannequins and loud popmusic through the speakers. The first two fashion shows were held in the shop. Later, when there came more people, she moved it to locations like the Beurs van Berlage, the Tropenmuseum and the Mirandabad.

The Centraal Museum in Utrecht was the first one to buy a design, for its collection, in 1975. It was bought directly from the atelier, nobody had worn the coat. For 10.000 guilders they bought ‘The Straalmantel. Nowadays several museums own a Fong Leng, like the Amsterdam Museum, Museum Rotterdam and Kunstmuseum Den Haag. There has been a lot of exhibitions around the work of Fong Leng.

At this moment, Fong Leng designs a lot of applied art, interior products: from wall hangings made of coloured leather, on a silk base, till leather couches and lightning.

New work is a serie of colliers, with antique motives and a contemporary touch.