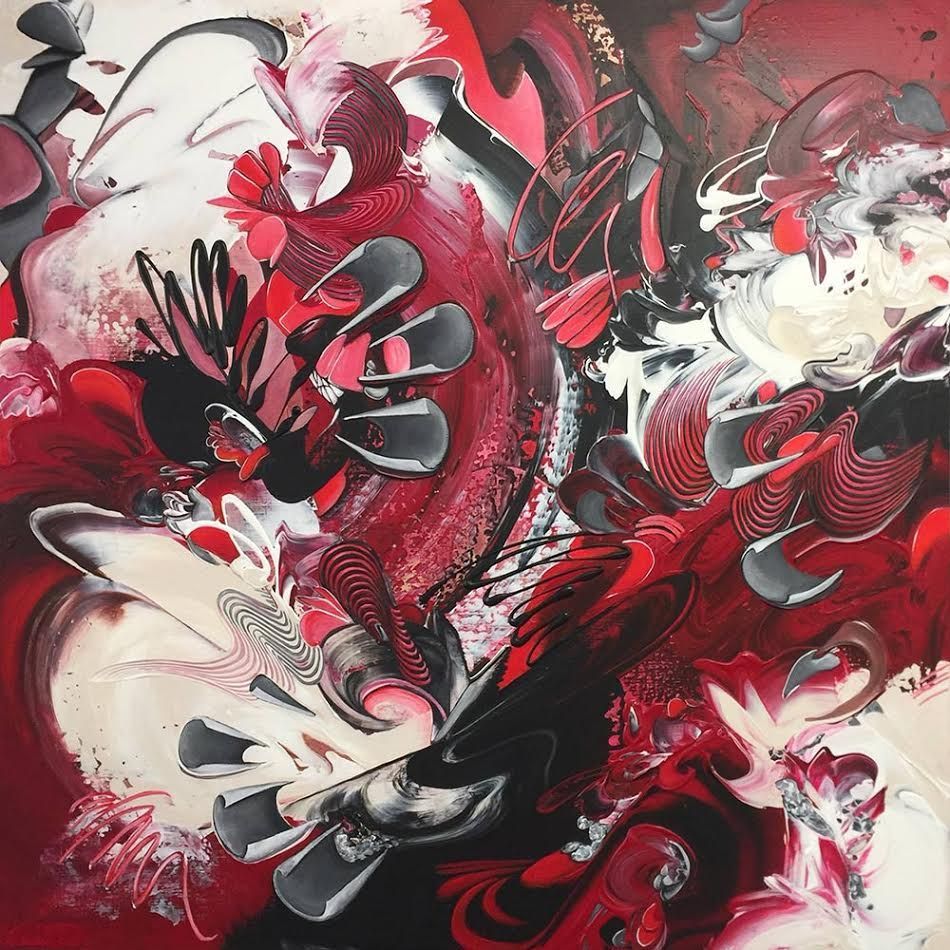 Esther Barend has to paint, it is an unstoppable urge. There is not only the wish to make beautiful things, but she wants to take the spectator again and again into a fascinating spectacle, built from very intense colours and a lot of contrasts and movements to another world, without ornaments, raw, honest and clear, with enough space for the imagination of the viewer. She always finds inspiration in her own rich and complex innerworld, as well in her present emotions and the world surrounding her. Where there are no words, she communicates with paint on canvas in colours and fierce movements. Everything is open, no expectations or limitations, but total freedom. Barend was raised in a artistsfamily. Her mother (surname van Ostade) is a direct offspring of the famous 17th century Dutch painter Adriaen van Ostade. After her study Barend lived and worked in Paris and Amsterdam, before she settled down as a designer of jewelry in Eindhoven. Short time later she started to paint at the Academy of Arts in Belgium. After a period of 3 years, she felt restrained in her development and decided to go her own way. She started experimenting, day in, day out and developed a complete own style. She is always open for new experiments, keeps developing herself, looking for new horizons and trying to excell herself. Currently she is living in Antwerp, Belgium. She works together with galleries of several countries. Her work is to be found in the USA, 12 European countries, the Emirates, Japan and Australia.